Artificial Intelligence and Machine Learning are commonly used in advanced analysis of graphic materials. Autonomous cars, face recognition and detection of objects are some of many examples that those methods can be used for. Have you ever wondered how computers learned to see like humans? Read my article to find out!

What is Image Recognition?

It is natural for people to recognize objects, places, people and animals in a picture, it comes to us without much thought. We can easily describe what is in the picture, read the text on it or complete more difficult tasks like distinguishing muffins from a chihuahua. This process is quite hard for a computer to imitate.

The domain that deals with how computers can gain high-level understanding from digital images or videos is called Computer Vision and is a subcategory of Artificial Intelligence. Its main goal is to understand and automate the way people see.

Image recognition is a subset of Computer Vision that represents a set of methods for detecting and analyzing images. It is a technology that is capable of identifying objects in an image, after analysing its pixels.

David H. Hubel and Torsten Wiesel performed a series of experiments on cats in 1958 and 1959. As a result, we learned that many neurons in the visual cortex react only to visual stimuli located in a limited region of the visual field. Additionally, some neurons have larger receptive fields, and they react to more complex patterns that are combinations of the lower-level patterns.

Neurons are elementary units of a neural network that mimics the structure of the human brain. They are mathematical functions that calculate the weighted sum of multiple inputs' and outputs' activation values. Each layer in a neural network consists of a number of neurons. 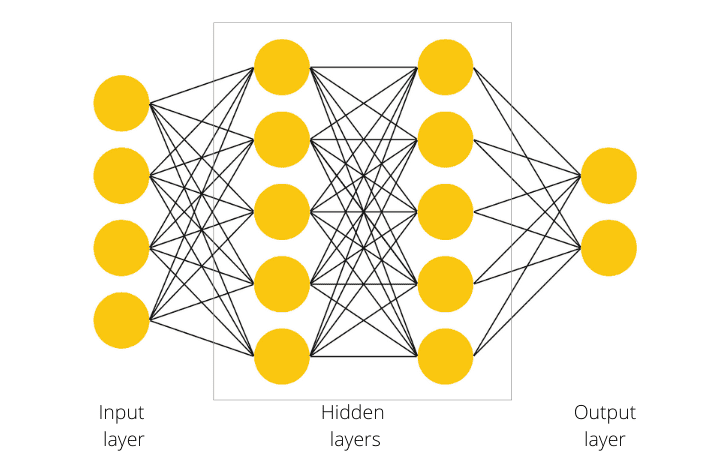 How does the CNN process images?

At the beginning, the input layer takes the pixels of the image in a form of arrays of numbers. Then, the hidden layers perform feature extraction by executing calculations and manipulations.

There are three most important types of layers in CNN: Convolutional, Pooling and Fully Connected layers.

The convolutional layer consists of number of filters which are matrices composed of random numbers, dimensions are defined by the user. Filters are used to detect patterns, e.g. one can find straight lines, another circles etc. Each filter slides (convolves) over the pixels of the image. During convolution, the dot product of the input and a filter is computed.

Every image is considered as a matrix of pixel values. For the sake of simplicity, an example 5x5 image will have white and black pixels, so its representation consists of 0 and 1. First we multiply the values from the orange part of the input matrix (reference matrix) with the values of the filter matrix. The result is the sum of the return values. The first result value will be placed in the upper left corner of the output matrix. Then the calculation of the dot product for the next 3x3 areas of the input matrix takes place. Each subsequent value is placed according to the reference matrix shift. The filter convolves the entire input, producing a new representation of the input.

In the pooling layers downsampling takes place. It reduces the dimensionality of the feature map. In the example below we can see how max pooling layer with a 2x2 filter works. It calculates a max value for each patch of the matrix.

The objective of a fully connected layer is to take the results of the previous layers and use them to classify the image into a category.

To create a neural network, it is necessary to collect data to train the model. We will use the CIFAR dataset, that contains 60000 images in the following 10 classes: airplane, automobile, bird, cat, deer, dog, frog, horse, ship, truck. There are 50000 training images and 10000 test images and each image has a resolution of 32x32 pixels. 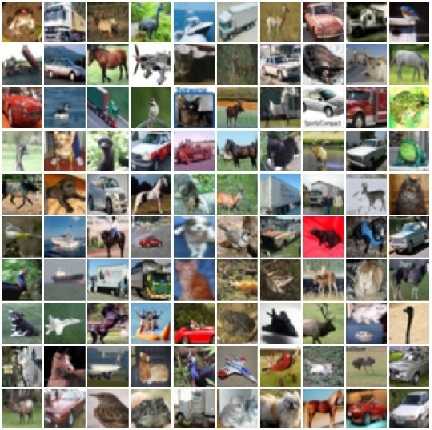 The picture below shows the convolutional neural network architecture that we will create using Keras.

Let's start with the code to train the network.

Now we can test the created model. We will give a chihuahua as the input photo and see what the model predicts. 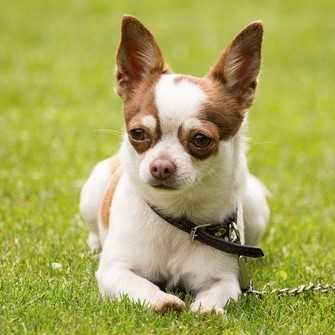 Below, we can see the result printed in the console:

The result is the label with the highest probability. In our case, CNN rightly said that a Chihuahua is a dog.

To use Image Recognition in your project, it is not necessary to create your own network. The alternative is to use ready-made cloud solutions such as Microsoft Azure or Google Vision AI. Azure Computer Vision provides pre-trained machine learning models that can be used for Image Recognition tasks. You can create Computer Vision applications through SDK or by calling the REST API directly. The programming languages supported by the SDK are .NET, Python, Java, Node, Go. As a result, we get a description of the objects in the picture. Azure Computer Vision detects: objects, brands, faces, image types, domain-specific content, the color scheme. Additionally, we can generate a thumbnail, get the area of interest and describe an image.

We can test online how Azure Computer Vision works at https://azure.microsoft.com/en-us/services/cognitive-services/computer-vision/, using our own picture. In the "See it in action" section click "Upload" and then "Browse" and select a photo from the disk.

I used a landscape photo for testing.

The received response in JSON format is presented below.

Azure described the image as "water next to a mountain", and detected water, lake, nature, tree, clouds in it.

We saw what Image Recognition is and how CNN works. We've used Python with Keras to create your own Convolutional Neural Network and we got to know a Cloud solution from Azure. Using Azure Computer Vision is a good choice for people starting their adventure with image processing. A better solution, for more advanced users, would be to create one's own models that will give more configuration options.

Hero image by Fitore F on Unsplash, opens in a new window

Featured image by Moritz Kindler on Unsplash, opens in a new window

If you are interested in Laura Rakiewicz’s work, please use the link below.